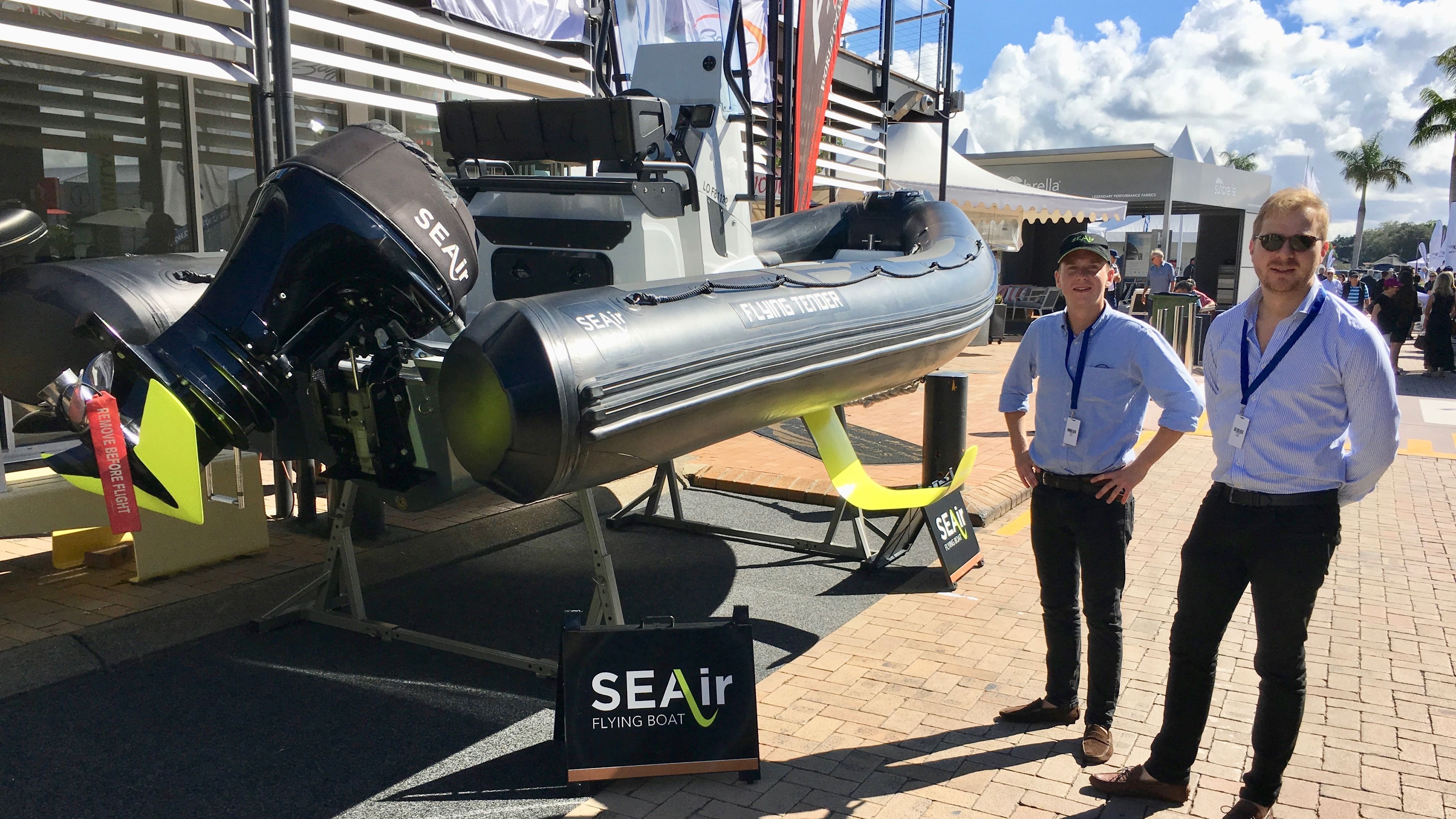 From May 23rd to 26th was held on the Australian Gold Coast the Sanctuary Cove International Boat Show. It is the first of the year and the second largest in the country after Sydney. New products are launched and exhibited every year by the Australian and international brands attending the show … this year, one of them especially turned heads, the only flying boat of the show exhibited by SEAir!

The Flying Tender 5,5, showcased in Australia for the first time alongside our broker Standen Marine raised tremendous interest, from journalists, boaters and professionals alike!

This event was also interesting for SEAir to get to know more this new market, allowing to confirm several trends already identified before:

1. Australians and New Zealanders (many have made the trip to Sanctuary Cove!) are technically knowledgeable. They are more likely than the French to follow sailing competitions and events such as the America’s Cup and the Sail GP. Many of them know the concept of foiling boats and see the potential of SEAir’s systems in terms of comfort and performance at first sight.

2. They are particularly attracted by performance and speed: power boats fitted with the latest and biggest engines are especially popular. Questions related to the engine specifications and speed of the boat always come up early in the discussions. Often sceptical when we announce the power of “only” 90hp on the model displayed, visitors quickly change their mind after we present the performance of the boat… Not to mention the lucky ones who had the chance to experience it and take the wheel!

To sum up, it is a very promising launch and a busy schedule ahead to make Australians discover the pleasure of flying above the water! The next step for SEAir is to demonstrate the Flying Tender’s comfort on Sydney Harbour, often described as a « washing machine ». In August, the Sydney Boat Show will take place on the Darling Harbour marina. SEAir will of course be present and happy to meet you there… stay tuned !